For more than 40 years, SIVA has specialised in the shearing and stamping of sheet metal and in the construction of progressive or compound tools for shearing, bending and deep drawing.
SIVA mass produces stampings, which are manufactured to the customer’s specific designs using tools that are designed in-house and built in the company’s own tooling department. 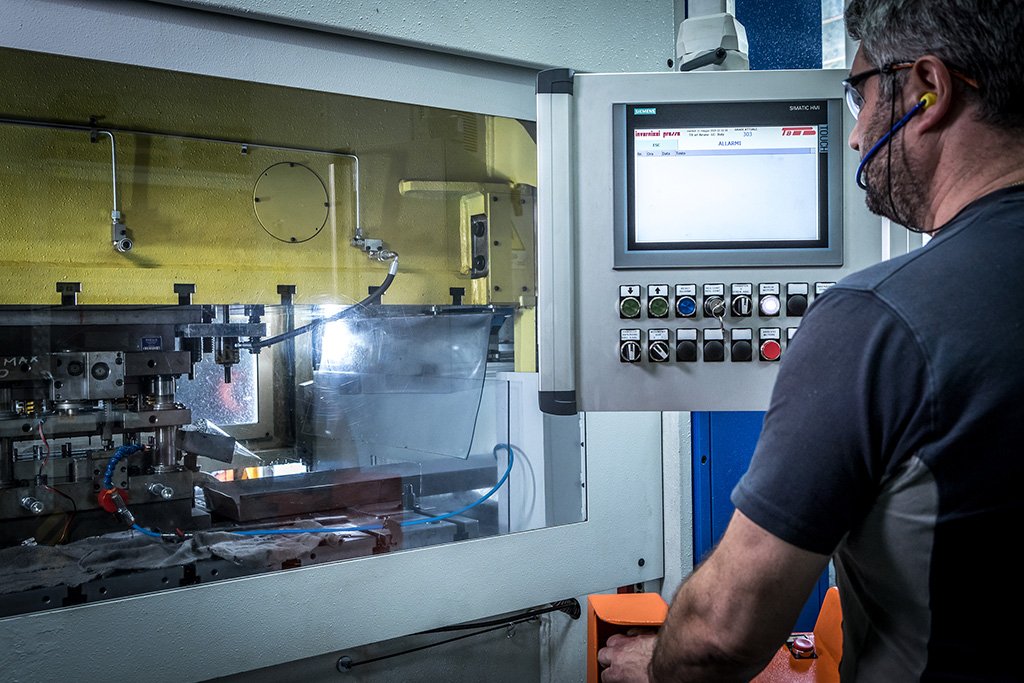 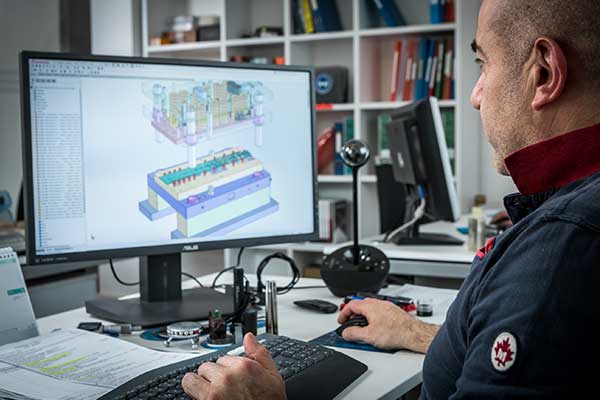 The know-how SIVA has acquired in stamping techniques allows the company to guarantee high quality levels even on very large quantities of parts produced.

Our experience is a significant added value in devising technical/design solutions for the construction of tools.

We pay our customers visits and provide them with dedicated technical support for the reduction of product costs: material optimisation, as well as design alternatives.

Suitable and carefully selected materials, painstaking design of tools and accurate production of stampings: SIVA follows the production process every step of the way, from the customer’s design to the finished product, guaranteeing efficiency and continuous tool maintenance as well as top-quality production.

40 years of business experience have allowed SIVA to offer its customers the best solution to produce stampings in the most cost-effective and productive way.

From the quoting and design planning to the production phases, our constant pursuit of improvement solutions that are tailor-made gives us a significant competitive edge vis-à-vis our customers.

SIVA has expanded over the years thanks also to the many occasions for the exchange of know-how and expertise with its customers, every time with speedy feedback and direct and interactive communication.

Our customers prefer us because of our reliability, quality, flexibility and on-time deliveries.

SIVA S.r.l. was established by Luigi Antonelli in 1973. For the last forty years, SIVA has specialised in the shearing and stamping of sheet metal and in the construction of progressive or compound tools for shearing, bending and deep drawing.

Work is not limited solely to production. To work is to live the values that the company intends to pursue over time: proactivity, continuous improvement, the development of talent and creativity, the dynamic consolidation of experience, the growth and fulfilment of people employed in the company, and contribution to society and to the common good.

Equilibrium and trust
SIVA was established in the early 70s in the wake of a solid tradition in precision engineering. We are a small-sized, well-structured, flexible and vibrant company.
Work as an expression of “being”
Work is not limited solely to production. To work is to live the values that the company intends to pursue over time
Quality is central
When, in Siva, we talk about Quality we are talking about of a way of being. Quality is the cornerstone of our company culture and we have integrated it at all levels.
Value of being in Italy
For us, “Made in Italy” is the expression of a work tradition that is distinguished by intelligence, balance, creativity and experience.
Sharing values
We face our business path with courage, confidence and openness. In this spirit we would like to share our values with our business partners and build a long-term relationship .
Company profile Download

The entrepreneurial history of the Antonelli family dates back to 1935, when Luigi Antonelli (1907 – 1980) set up F.lli Antonelli in Osimo. This company focused on the production of reeds, i.e. the acoustic component that generates sound in an accordion. The company’s establishment coincided with the intense period of development of the accordion production district, the major centre of which is situated in Castelfidardo, but it extends to Osimo, Recanati, Camerano as well as other municipalities in the area.

In 1961, Luigi Antonelli was co-founder of Lenco Italia, with Maria Laeng from Zurich, producing high fidelity record players, pooling many of the skilled craftsmen from the reed-making company. The positive outcome of the presence of Lenco in Osimo, for the subsequent industrial development of Osimo and neighbouring municipalities, were quite significant. Lenco was a proper school which trained future entrepreneurs and technical managers.

Over the next few years, Vinicio Antonelli acquired the majority interest in the company and managed it exclusively, proceeding with the production of reeds and developing sheet metal stamping to produce small and medium-sized components intended for the household appliance, electric, electronic, electro-mechanical and automotive sectors. During the same period, sales from stamping reached the same level as sales from reeds.

In 2001, the second generational hand-over occurred: the reins to SIVA were handed to Vinicio’s son, Lorenzo Antonelli. Reed production has retained a high level of quality which is recognised as excellent, but it requires reorganisation and investments to keep, structure and re-launch a unique craftsmanship tradition which is based on highly complex mechanical and acoustic expertise. Lorenzo’s intuition is to join forces with one of their major competitors and create a brand new company: SIVA disincorporated the company branch that produces reeds, and the merger in 2002 with SALPA in Castelfidardo led to the establishment of VOCI ARMONICHE, which is currently one of the leading accordion reed manufacturers in the world.

SIVA activities continue autonomously in the stamping and tool construction sector, focusing its mission increasingly on “strong” values such as: quality as culture for continuous improvement; the development of a corporate dimension that is physically geared towards human development (which includes balance, awareness, participation and cohesion, genius and creativity) and the common good. With this in mind, profit is considered to be a means, while the end is value created, in the widest sense of the word. The strategic choices are medium- and long-term. The investments are aimed most of all at quality and at the workers’ skills, at organisational, technical and product improvements. Today, the whole factory implements the 5S system, in a profound and shared approach, as a foundation that is both physical and theoretical, from which to face the future with realism and creativity.